Showing posts from January, 2019
Show All 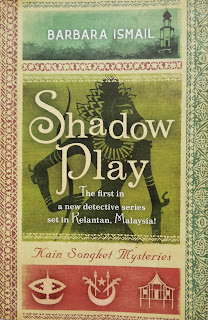 By Barbara Ismail 285 pages Published in Singapore by Monsoon Books Pte Ltd (2012) When I read the first few pages of this book, it reminded me of Agatha Christie’s Five Little Pigs : it’s a story of tragedy that befell a man who had had more than one lover. Maryam, a successful kain songket trader in the Kota Bharu Central Market, was throwing a celebration for her youngest son Yi’s circumcision ceremony. She had hired Dollah Baju Hijau’s wayang siam troupe to perform on her land as part of the celebration. Wayang siam is a form of shadow puppet play which was popular in Kelantan decades ago. In the olden days, these shadow puppet shows had mystical elements which involved conjuring spells and calling up help from spirits to ensure the audiences were captivated by the show. This story was set in the Malaysian state of Kelantan in the 1970s, thus many of the traditions and lifestyles mentioned in the book are hardly available for observation nowadays. I don’t think wa
Post a Comment
Read more 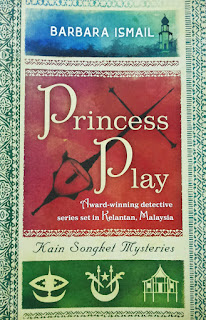 By Barbara Ismail 270 pages Published in Singapore by Monsoon Books Pte Ltd (2013) The second book in the Kain Songket Mystery series involved much more deaths than in the first book. It was more tragic, with whole families destroyed, and all of that began from merely one thing: casual sex. What a waste of innocent lives! Jamillah, a woman from Maryam’s neighbourhood, as well as a fellow fabric trader at the Kota Bharu Central Market, had been unwell and depressed for quite some time. Jamillah’s family believed that she had not been herself due to disturbances from an evil spirit or jinn . So the family decided to hold a main puteri (literally translated into princess play) ceremony, a form of exorcism ritual within the Malay community of the olden days. Main puteri is a mix of curing ritual with some form entertainment: there are music, and when the bomoh (witch doctor) as well as his patient began to get possessed by spirits during the ritual, they may resort to t
Post a Comment
Read more
More posts