Showing posts from January, 2020
Show All

The Lands of Charm and Cruelty by Stan Sesser 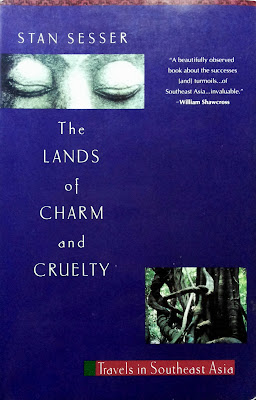 Author: Stan Sesser Type: Non-fiction 306 Pages Published in the United States by Vintage Books (July 1994) The Lands of Charm and Cruelty followed the accounts of American reporter Stan Sesser during his journeys in several countries in Southeast Asia in the 1980s through the early 1990s. He journeyed through Singapore, Laos, Cambodia, Myanmar and Malaysia – and noted the viewpoints of both the government and the commoners from those countries. And he found a common theme regarding life inside the countries: despite the exotic charm of the region that always fascinates people from Western countries, the Western-style human rights concepts had not been practiced in full, and some of the governments had been involved in the violation of human rights of its own people. Thus the idea for the title of this book. There are five chapters in the book, and each chapter tells Mr Sesser’s account of each country he visited. The first chapter was titled “Singapore: The Prisoner in t
Post a Comment
Read more
More posts