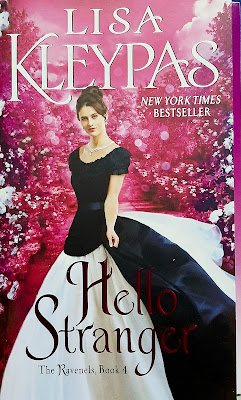 Dr Garret Gibson and Ethan Ransom first met almost two years ago when Garret had accompanied the (then) Lady Helen Ravenel to a dangerous part of town. Ethan had saved them when they were accosted by suspicious peoples, but Garrett had not been happy (please read Marrying Winterborne). Garrett was a kick-ass type of lady who believed she could care for herself without any help from a man, aware that many men of that time had considered women as weaklings.

Ethan had felt a twinge of attraction towards Garrett then, but he had tamped the feeling because he believed they didn’t belong together. He led a secretive life away from the limelight, whereas she was renowned as the first female physician in England (although, many had actually doubted her abilities as people were still not used to having a female doctor).

Nevertheless, when Ethan encountered Garrett once again – more than a year later – while investigating a terror attack on Pandora, the Lady St Vincent (please read Devil In Spring), he found his attraction towards Garrett to be more compelling than ever before. Since then, Ethan had been shadowing Garrett to get a glimpse of the woman whom he had helplessly fallen in love with.

One night, while following Garrett in the shadows, Ethan saw Garrett being threatened by three drunken men – and he had helped rescue her once again. As before, Garrett was displeased, but when Ethan made her realize that her martial arts skills were still not sufficient enough to really help her in very dangerous situations, Garrett had agreed for Ransom to teach her some very useful defence techniques. Affection grew between them afterwards, and there was no turning back for both of them anymore.

It is not men’s nature to commit violence against women, it’s a corruption of their nature. – Garrett Gibson, page 52

Deep inside his heart, Ethan knew that any soft feelings that developed between them would endanger both himself and Garrett. After all, they belonged in a different world altogether. Ethan was a member of a covert unit which had worked closely with the government – though members of the unit had their own personal agendas that could, ironically, amount to treachery towards the government itself.

After sharing a night of passion with Garrett, Ethan had requested that they both become strangers again; for continuous liaisons would only risk both their lives. Ethan knew he would become a marked man soon, and he would not have Garrett suffering as a result of being someone close to him.

During the recent years, there had been political unrest concerning Ireland’s demand for their own sovereignty. Ethan’s superior, Sir Jasper Jenkyn, was against Irish autonomy, and had been plotting with some Home Office officers to frame the Irish as terrorists so the government would never grant autonomy to the Irish. Jenkyn and his team of conspirators had been plotting terrorist attacks on high profile targets in order to frame the Irish dissenters.

One of their more recent terror plot was the (foiled) bombing in an event involving the Prince of Wales (read Devil In Spring). Ethan had actually caught Nash Prescott and managed to elicit information regarding the conspiracy, in which he then learnt that Jenkyn was behind it. Prescott had not really committed suicide, but rather faked his own death. This was because Ethan had agreed to smuggle him out of the country in return for information (this, too, must be referred to in Devil In Spring).

When facing Jenkyn in office, Ethan had pretended detachment, but knowledge of the truth had left Ethan racing to be ahead of his superior’s plans.

According to Prescott, evidences of Jenkyn’s terror plot include account ledgers on the purchase of explosives from abroad. Ethan needed the evidences in order to expose the conspiracy, and had gone to great lengths to obtain it. All seemed well, until Ethan took a misstep by handing over the account ledgers to the Commissioner of the Metropolitan Police, Fred Felbrigg, whom he had thought to be an honourable man.

As it turned out, Felbrigg had supported Jenkyn’s terror conspiracies – and Ethan’s handing over of the evidences to Felbrigg was a big mistake which had equalled to exposing himself as a ‘traitor’ to Jenkyn.

Following his meeting with Felbrigg, Ethan had kept under cover for several days until he was found by William Gamble, one of Ethan’s comrades when they served in the same unit under Sir Jasper Jenkyn. Gamble was there to kill Ethan, as ordered by Jenkyn, who had heard from Felbrigg about Ethan’s attempt to expose his terror plots. Ethan was shot while he was walking on a bridge, and had fallen into the river and left to meet his death.

But fate had decided otherwise; Ethan’s body was found by the river police and was retrieved. There was no identification on Ethan, save for Weston Ravenel’s calling card. Ethan and West had met before and their hostile meeting had ended with West practically forcing his calling card into Ethan’s hands. As it happened, the calling card became the very reason for Ethan’s salvation. The river police had then sent the injured, unconscious and filthy Ethan at the Ravenels’ doorstep, convinced that the family must have known the man.

The Lord and Lady Trenear, as well as West Ravenel, had tended to Ethan as soon as they received him from the river police. Ethan was, in fact, a Ravenel kin.

As mentioned in previous Ravenels novels, the old earl Edmund’s extramarital affairs were no secret. Edmund was believed to have spawned illegitimate children – and Ethan was one of them. Edmund was no doting father – even towards his legitimate daughters – and had made Ethan’s mother’s life a misery. Ethan’s mother married another man, and Ethan had felt so ashamed and guilty that he was raised by Mr Ransom when he was not even his. Ever since Ethan learnt who was his real father, he had harboured a hatred towards Edmund and the resentment remained even after the latter’s death.

Following his death, Edmund had left an estate in Norfolk for Ethan – and that was what brought Devon and West Ravenel to discover Ethan’s existence. When West had approached him regarding the estate, Ethan was positively hostile. He not only refused to inherit the estate, but he also rejected to have anything to do with the Ravenels. He believed that any attachment to the Ravenels would be disloyal to his late mother’s memory. It was then that West had forced Ethan to accept his calling card.

Now that Ethan was ill and helpless, the family was determined to do everything they could for him. Ethan was a Ravenel after all – and they knew that if only Ethan had been legitimate, he was the one to become the Earl of Trenear, instead of Devon.

Meanwhile, Garrett had been summoned to Ravenel House when Ethan had regained a bit of consciousness and had asked for her. What Ethan had in mind was to see Garrett one last time before he died, but she had other ideas. Garrett vowed to nurse Ethan back to health, even when the situation had seemed impossible. Ethan had lost so much blood and had lapsed into unconsciousness again, but Garrett had managed to transfuse blood donated by West to prevent him from succumbing to death.

During Ethan’s few lucid moments, he had managed to convey what had happened to him to the Ravenels. Knowing that Jenkyn would not stop until Ethan was really killed, Devon and West agreed to smuggle Ethan (and Garrett) out of London and brought them to their base in Hampshire. At the family home of Eversby Priory, Ethan would be able to recuperate in privacy while Garrett would be able to focus on tending to only one patient.

After regaining his health again, Ethan contemplated on what the Ravenels had done for him; saving his life and now keeping him away from London where Jenkyn and his men were hunting him down. Ethan also got to know West better after spending more time with him at Eversby Priory. By the end of his recovering period, Ethan and West had become good friends, and the former was now more aware that the rest of the (currently remaining) Ravenels had had their share of bad experiences being born into the ill-tempered family. Ethan had felt a sense of kinship after learning that Devon and West were no lucky peer who had everything in the world; instead, they belonged to the poorer branch of the Ravenels, not to mention having an abusive father and a distant mother.

By the time Ethan was almost back to full recovery, he already had a plan on how to bring Jenkyn to justice. Luckily, Ethan had not handed all evidences to Felbrigg in full. Some of the secret documents were still with him, and he had decided to use the remaining evidences to present his case. Because some of those within the police force was not trustworthy enough, Ethan eventually decided to expose Jenkyn’s wrongdoings to the press instead.

Ethan had gone to the Times office with the piece of evidence and story to expose his former boss Jenkyn, in which Ethan had no intention to work for anymore. The news article had caused public uproar: Jenkyn’s secret unit was disbanded while the Home Office as well as the Metropolitan Police were shaken up to remove all corrupt officers and those who were involved in the terror plot. Meanwhile, Ethan was rewarded with an appointment as assistant commissioner of police who was allowed to handpick his own subordinates.

After all the dust was settled, Ethan finally found himself proposing to the woman he loves the most: and Garrett said yes! ❤

When you meet the right man, the list of things you would never do suddenly becomes much shorter. – page 131

Popular posts from this blog 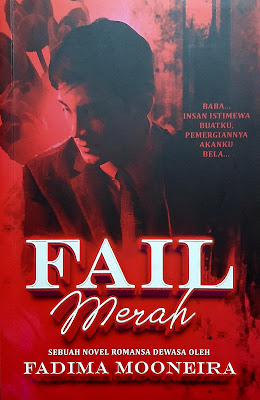 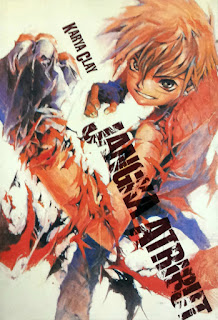 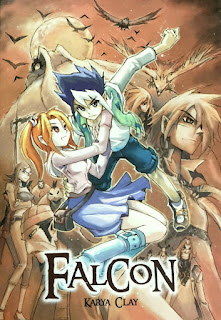